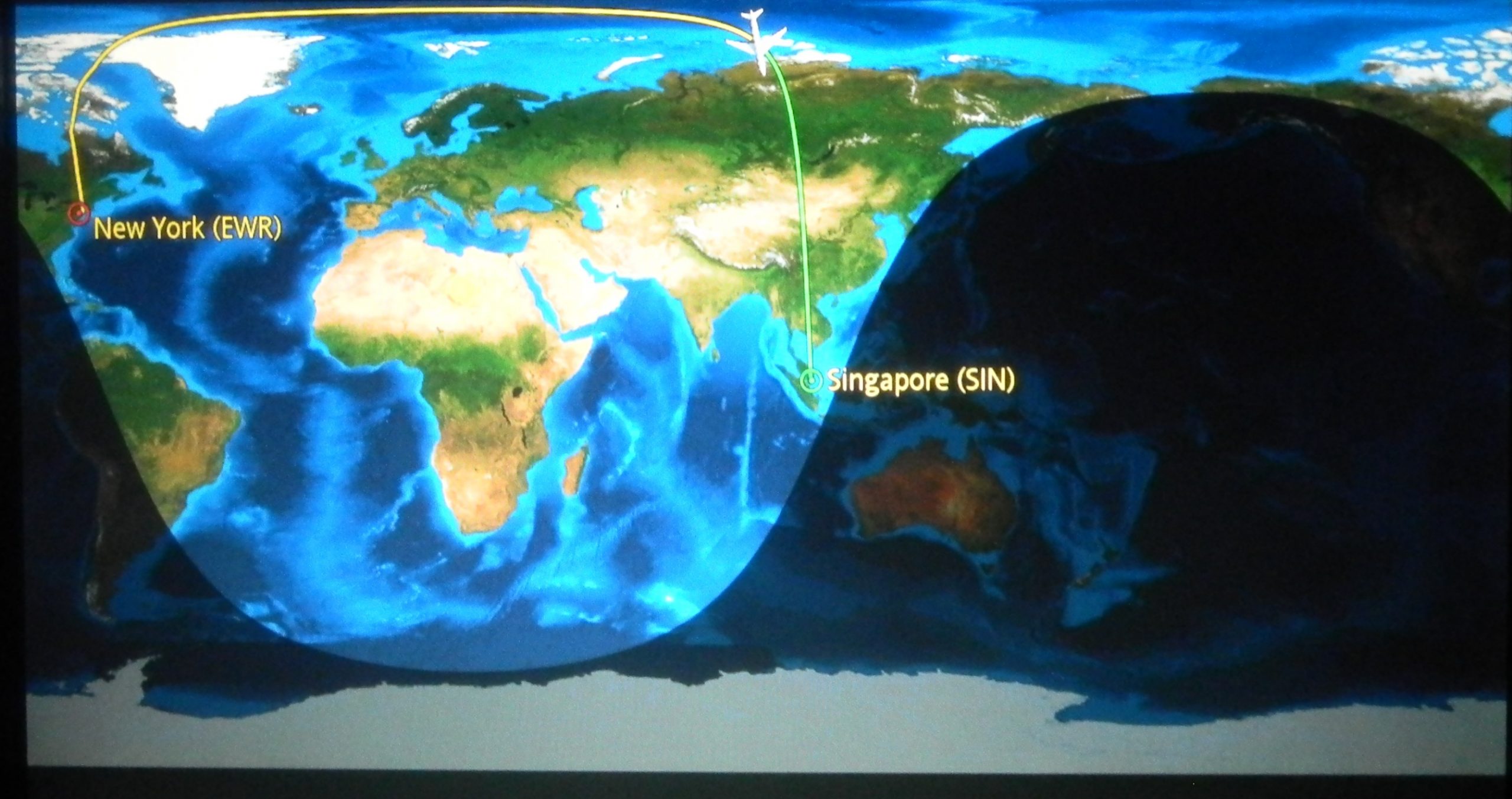 At our nearby park, there is always a nice mix of people from all over the world.  Parents, mothers or fathers, accompany their children and watch from a distance while mingling amongst themselves. Usually, everyone finds their “own kind” and stick together. “Own kind” will change depending on who’s present. Sometimes it means the same gender, or home country, or expatriates vs. locals. Of course, sometimes it means the same race. That feels very familiar. But, when it comes to race, because there are very few of my “own kind” in Singapore in general, I must infiltrate if I want to engage at all, on the playground especially.

One day, I happened to strike up a conversation with a congenial French woman, who has
lived in Singapore for over six years. It began very mundane at first; how’s the weather here compared to our respective countries; how much more expensive is it here compared to home; where our children went to school and why, etc. We watched our daughters, very close in age, play with their toys in the sand box. One was more practiced in the art of sharing than the other, and one tried to take possession of all of the toys from the other.

Somehow the topic of race and white privilege ensued, and honestly I wasn’t the one to present the subject.

“I suppose I can’t help but have white privilege. I’ve never had to think about it.”

She stunned me with this simple truth. I’ve never heard anyone personally say to me that they were equally aware and ignorant of this benefit. She went on to share a story explaining when it first dawned on her that SHE was treated differently than her “African friends.”

A small group of them were on holiday (vacation) together, and went out for a leisurely night. Two in the group were of African descent, but all were French and none of them ever vocalized there being any difference amongst them. When they were denied entry into a pub most of them had frequented many times before, she initially thought that it must’ve been closed even though it didn’t appear so. It did not dawn on her that she had witnessed discrimination until her “African friends” brought it to her attention. They had been denied entry many times in many other locations, even France to her surprise.

This sole experience allowed her to take notice of other instances where she’d taken her rights for granted and, you could tell, there were revelations happening even in our conversation. Perhaps this was just a French problem she pondered. I assured her it was not and adduced my own examples. She repeated her initial comment about it being out of her control, and expressed disbelief that there could be anything done about it by anyone. She said this as we observed her daughter continue to snatch my daughter’s toys from her. My daughter eventually took her toys and played somewhere else after all of the play negotiation tactics I’d taught her had failed.

I have come to see, even more blatantly here, that the intoxication of white privilege affords one an extensive list of rights or entitlements  far beyond the scope of those who lack such a luxury.  One of which is that it allows one to feel well within their “right” to comment on, analyze, criticize, and belittle the sentiments of those seen as the inferior (whether conscious or subconscious) , all while trying to impose their views upon the perceived wayward thinker. It goes beyond freedom of speech. It’s freedom of control and authority to admonish that which is seen as contradictory to the majority view. This gift of white privilege is inherent for anyone of European descent, even in America, (though it does not have to be consumed to the point of intoxication), and has also been dispensed sparingly to the “passers,” people of color who could very easily be mistaken for otherwise either in appearance, social status, self-identity, or parallelism in thought or actions of superiority. These are the white privileged people.(See Wide Awake Parts I & II)

This particular “right” has been exercised incessantly in the U.S., but much more noticeably in recent years. With the public upset over the disputatious verdicts in the Trayvon Martin and Jordan Davis cases, which really have crossed all racial lines, there has been an influx of contending commentary from offended white privileged people expressing their abhorrence of the vocalized disgust with the trial’s outcome. How dare anyone question, challenge, or protest the results of the U.S. justice system? The gall of any group to express disdain for the norm, (exonerating white privileged people), in America is unfathomable and met with great resistance.  (See aforementioned explanation of “white privileged people” as it relates to Trayvon Martin’s killer before you exercise your “right” here.) And, therefore, any discussion of making changes that could prevent such outcomes or such actions in the first place are seen as inflammatory, threatening, exclusive, “racist,” and vile. This idea of change and “black power” must be spawned from a spirit of hatred towards the unassuming white privileged people. It just must.

But alas, I must inform you, that pro-black does not mean anti-white. Black people also struggle with understanding this. Yet, I do understand your confusion. You are perplexed by this because, as historically evidenced, the reverse is not true. Pro-white has meant anti-ANYBODY else. When members of white supremacy groups bolster their views with the term, “White Power,” it is certainly laced in hatred and disdain for anyone other than they.

The implementation of “white power” in the United States of America has been and is systemically in opposition of any non-white person. It has been since the seizing of this country from the native peoples that already dwelled in and cultivated this land.  I certainly understand how and why many project the sentiments of their ethnic predecessors on the rest of the world, but it is simply inaccurate and false.

After posting “The Back to Black List,” we were met with a few comments of discourse. Some were well-meaning and sincere; some were malicious and irate. We were told this list would be viewed as “racist” if it were reversed, and therefore was racist because surely we did not have a right to avoid such a label when the privileged did not. We were asked if our list still included them; not that they wanted to be a part of it or help in any way because they were very content in the utopian land of equality and diversity as they saw it. They just wanted to ensure that no “right” had been stripped from them. Others expressed how hurt they were that we felt a need to “further divide.” There must be another way they admonished, but offered no alternatives or suggestions or assistance. They just wanted us to know that they were disappointed in us for hurting their feelings by developing an action plan without their permission that didn’t directly include them. Still others, and these were by far the most amusing because they looked “black” but were clearly intoxicated, expressed they had absolutely no interest in living among other black people, supporting black businesses, or  “helping black people because they don’t want to help themselves.” This was in response to our action plan to help ourselves. The list has been viewed as “racist,” unGodly, pretentious, and unattainable, and of course, “anti-white.”

But, there’s that little thing called history. Our ancestors did not enslave, oppress, and enact genocide upon their European counterparts. The opposite is fact, and it was not so long ago in the context of world history. It is in your ancestral lineage to hate that which is different from yourselves. Those who do not, and there are many, are an anomaly. Therefore, I understand why you would want to project that reflection on others. But, that is not who we (most of us) are. The source of our declaration of “Black Power” is one of love and desire for such. You have always had power within this structure; there has never been a need for you to voice it or cry out for it. We’ve known. We’ve always known.

Your declarations of such were to serve as affirmations and intimidations, not demands or requests. And, they were always stemmed from your self-view of superiority and your disdain for everyone else. That is why a list in the reverse of “The Back to Black List” would be racist and unnecessary because it already has been written, but “The Back to Black List” itself is not. It cannot be. Wait for it…..here comes why.

Only those in power,(economic, political, social, etc.), have the power to actually be racist. The rest of us are simply the pawn in the malicious enterprise of racism, and every other “ism” for that matter. Anyone can have prejudice, but only white privileged people can be racist because we were the prize, never the participants in the race. The only ones that benefit from racism are those in power. The only ones who are adversely affected by it are those who are oppressed. It is very clear who serves the former and latter positions in terms of race, this man-made divisive factor created long before we adopted “The Back to Black List.”

Otherwise, you would show absolutely no interest in the messages of black empowerment. You would not engage in debate about issues that absolutely do not concern you or affect you and your general way of life. If you did not feel threatened or personally offended, you would not try to exchange racial epithets or hurl insults masked by the elocutionary critiques of your intelligentsia.

You would simply keep scrolling pass our posts, comments, websites, channels, etc., because you’d be confident in knowing that your quality of life will not be disrupted by ours improving, which is true. Yet, your privilege and fear make you feel a bit froggy.

So, jump, but after this post I will not be engaging in any further discussion with you on the matter, and I encourage other “Black Power” activists to take the same stance. This is a joint course in “How to Deny My White Privilege in Matters of Black Empowerment,” “How to Mind My Own Business,” and “How to Share in the Sandbox.” You either pass or fail. Class dismissed.

(I must state some of my “givens,” so it’s understood that I don’t take them for granted. We know that the term “white privileged people” is not a sweeping generalization to describe every caucasian person. Though, every caucasian person can and does benefit from white privilege, we are aware that not all adopt the mentality of the those who become intoxicated by it. We know “well-meaning white people” exist. This article was not to discredit those of you who support the cause of restoring the basic rights of humanity to all. No need to exercise your right in this forum by declaring your decency. We know you exist. We’ve always known. You just tend to be outnumbered.)

How I’m Coming to Terms With My Husband’s Mistress

Today marks twelve years of friendship with my husband, and eleven years of dating (much more on than off that is). We began hanging around each other my last year at Florida A&M University and started dating exclusively a year…

2014 has already proven to be extraordinary and divine! Every January, we meet as a family and outline our goals for the year. We prioritize them and plan for them financially. Of course, we know that the unforeseen will happen,…

I Ain’t Sorry: How Apathy Rescued Me

Pitcher 4- Apathy *Strong language and content. For big Black Girls only.  When the "baddest…