Ok, so we’re getting a helper/maid, but that’ll be the last time I refer to her as such. My foreign domestic worker (FDW), which is the legal title of the position, will be called “Mae” for the purpose of this blog.

It’s been two whole months now and so much has happened in the transition of my thoughts in the short time I’ve been here. (I know. I know. Either you “knew it,” “can’t believe it,” or you don’t care, which would make me wonder why you’re reading my blog.)  I haven’t had time to actually write about my evolution of thought and share it because my life is consumed with my new full-time roles.  I can’t fully explain it because I don’t fully understand it. But, something about living away from your norms makes it so much more difficult to complete the simplest tasks and manage marriage and motherhood while finding any sense of balance for yourself, which I NEED.

I used to read, write, meditate, pretend to exercise, enjoy my friends, and enjoy just myself. Now, literally from the time I open my eyes until the time they can’t stay open any longer, I’m serving someone else, or cooking something, or cleaning something, or running to get something, or doing something (mainly) for my husband or daughter. Of course, this is the typical life of a stay-at-home mom in the states or anywhere I suppose.  Yet, here, it’s not just time-consuming; it’s life controlling.  I’m not one of those SAHM that can juggle every task without a hitch and still find her Zen while looking like I stepped off a runway from Fashion Week. I’m more the “drop a few balls (or child) because I fell asleep while I was juggling, half-way to insane, looking like I’m almost stoned with blood shot eyes, but still rocking a smile for my baby” type.

I realized before I ever took on either role, that I could not solely be a wife and mother. I’m a better version of both when I have my own outlets, whether they are professional or recreational. My outlets, especially my sisters by blood and those I’ve adopted along the way, replenish me. I actually found a wonderful group of women here, I like to call it a sister circle, with similar interests that I’d love to see more often, but time is restricted. My life in this wonderful, engaging, beautiful, once-in-a-lifetime setting is restricted.  I’ve come to the, probably selfish, conclusion that my immediate need for balance, freedom, and my sanity is greater than my ability to completely shift the paradigm of Asian domestics and eradicate global poverty. My superpowers may be waning. 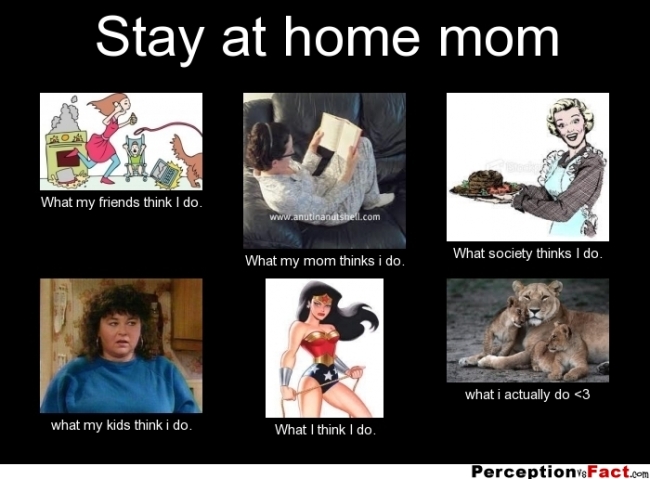 The S**t Hits the Fan

I like a clean home; this you know. The phrase “cleanliness is next to Godliness” was drilled into me all my childhood. My semi-controlling nature makes me take it to the next level because I also like things moderately organized. Everything has a place and should be there. If you ever see my space out of order or messy, I’m not completely well.  If you walked into my home now, you’d know I needed help. I still haven’t completely unpacked and I haven’t yet had every part of every room clean at the same time even once; just once is all I need to feel satisfied. This is tragic to me.

My husband, on the other dirty hand, is not concerned about this as much as he is about our (lack of) personal time together. As clean, and I use this term loosely here, as he is for a man (you know exactly what I mean), the dirt could sit down with him and have a conversation, but he still wouldn’t notice it. He’s also on a personal strike from doing all of the concretely delineated household domestic duties he did in the states. “When in Rome…,” he chimes.

He just wants to be able to live more spontaneously here. He wants to be able to whisk me away to Thailand or Malaysia or Bali for an extended weekend or just dinner on a Tuesday night without there having to be a conference call and bartering system set up to organize babysitting arrangements ahead of time. Under normal circumstances, this would excite me, but it just irritates me after a long exhausting day/week of entertaining and educating my kibibi.  When I realized his romance was my annoyance, I knew I had to do something. When I laid on my couch, (which finally just arrived), staring at the ceiling fan on my high vaulted ceilings that I’m too nervous to reach and noticed the fan looked like it was trimmed in something that I had eaten, digested, and excreted, I knew that something was a someone.

Help is On the Way

After countless conversations filled with advice and insight about the FDW process with other expat friends here and several referrals and interviews (that’ll have to be another post), I think we’ve found someone that would be a good fit for our family. Mae will be considered a transfer from a Chinese family here, where she’s been employed for over a year. There, I’m told, she was relegated to sleeping on the kitchen floor, rationed food portions, involuntary dietary restrictions, only one day off a month (the standard is one a week), and chastised for speaking to or even smiling at strangers when in public, which she could only frequent in the company of her employers.  Of course her lifestyle, as well as ours, would drastically change here. Plus, she has a sister that lives near us, which she would see often. Part of me feels like we’re actually helping her as well, but then I feel convicted about even feeling that way because I know my ancestors’ oppressors echoed the same sentiments. Ugh, historical context is a murky lens. I know. It’s not (quite) the same. We’ll see how this goes. I’ll keep you posted, now that I may have the time. (Please post any comments and inquiries directly on the blog so that I can compile them.)

The Choice of Imprudence: Why Kanye Should Not Speak for Us

There's an African proverb that states, "It is better to be thought a fool, than…

Why We Must Boycott Black Friday

Feeling Humble, Grateful, in Awe of it All

Just landed in Thailand, but still high on this incredible life we’re living. Working to stay grounded. Focusing on the purpose of it all. Remembering much has been given, and therefore greater works will be required. Let my voice and…
This Post Has 0 Comments