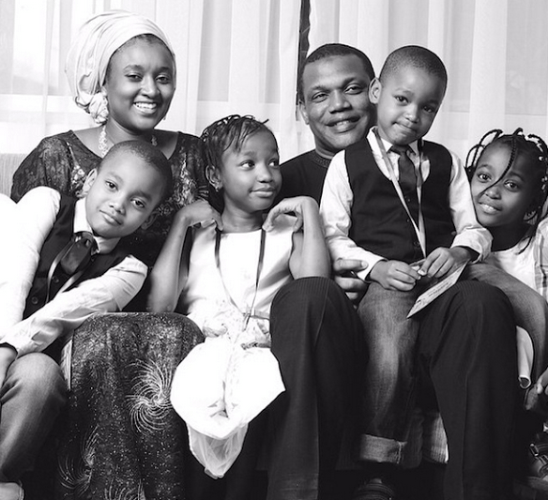 I did not always want to be a mother.

As a child, I used to think of names of my four future children. Honesty, Justice, Freedom, & Unity were all unisex names that my multi-millionaire husband and I would name our four babies, (one or two would be adopted), and we’d live in a big old house with two dogs and a pool in the backyard. I don’t even like dogs in human spaces. I’m a people person. But,  I’d imagine that about my future family. I didn’t, however, envision how that life and those parts would fit with my other dream of being a famous actress, poet, playwright, and author. They were dreams that displayed themselves independently of each other. It wasn’t until it was time to pursue them both that I saw them in conflict rather than concert, and realized I may not want motherhood after all.

I’m always asked the infamous question that every mother is subjected to over casual dinners and first-time meetings. “Are you having more kids?”  They’re really asking if the two children I have has sufficiently fulfilled my desire to reproduce and parent. They’re also asking if I’ve met my limit of diaper changing, sleepless nights, impromptu and scheduled play dates, schedule juggling, self-sacrifice, ingratitude, and mundanity. They want to know how much more of myself am I willing to lose for the sake of raising somebody else.

Out of my mouth, I utter the words “Two and through,” like it’s a campaign slogan. It is. I’m voting for

the return of some semblance of myself against the incumbent and all-consuming child-rearing. In my mind, my answer to this incessant question is more like Miss Sophia’s when asked to be a maid by Miss Millie.  “Hellllllllll nawl,” is what I want to say. But, the judgment of mothers against mothers who are honest about how they feel about motherhood has grave consequences. You could eternally eliminate yourself from the carpool, playdate, birthday party, once in a blue moon “wine and whine night” list if you do not cloak yourself in the mendacity that you are blissfully engaged in the gift of motherhood forever and always. The truth is that if they’re parents of greater multiples, they want to know if someone else will  join them in the ranks of madness & misery. No one truly content in their own lives passes judgment about someone else’s.

Then there’s the guilt. I am extremely fortunate. My familial life has gone exactly according to plan. I was married to my best friend before thirty. We took two years to grasp and define our roles in our marriage before having children.  Each time I decided I was ready to have a child, I was pregnant within the month. There weren’t any complications, dilemmas, or surprises with either; save neither wanted to leave my body by their due dates. They were delivered healthy through completely natural births (that’s a whole other series of stories). They’ve had a completely healthy childhood so far and offer me no unusual challenges. This is not everyone’s story. There are many who can not conceive despite expensive and taxing intervention. And, the ultimate heartbreaks, are the women who suffer greatly from the loss of a child either through miscarriage, stillbirth, or accidental or inexplicable death.   I’m aware of the blessings that have been bestowed upon me.  Each of my children is an incredible miracle for which I am thankful every single day. I love my children. It’s motherhood I don’t love all the time.

Opposing emotions can exist in the same space at the same time. I didn’t realize and accept this very real

and common fact until motherhood. I can fully love and appreciate my children and be willing to sacrifice everything for them, and simultaneously, resent mothering them. Gasp!! Clutch the motherly pearls! This Black Girl just told the truth.  I love my children as much as I miss myself.  Yet, the freedom to fully express this is reserved for private spaces with leather love seats sitting opposite a professional you pay to not judge you or douse you with guilt. Every now and then, you can find it in the sanctity of fellow mothers who are just as boldly and refreshingly honest.

This Mother’s Day, as with them all, I take time to appreciate all of the women who have invested their love in me to ensure that I reach my highest potential.  In doing so, I am conflicted because reaching my highest potential has been thwarted or at least postponed and altered by the very gift they gave me: Motherhood. It’s the heaviest cape on my multi-layered Superwoman costume. Today, the one day out of the year I can do so without shame or guilt, I am disrobing myself. Today, for Mother’s Day, I am enjoying womanhood without mothering at all. That’s my gift to me.

An Ode to Ruby and Every Other Husband Trainer

https://soundcloud.com/user-104246940/an-ode-to-ruby-and-every-other-husband-trainer Press play to the recording above as you read along with the poem below…

To witness a microcosm of all that we are in a Black Excellence overload all weekend was healing in itself. I'm so proud to know, truly know the power we possess to manifest any and everything we desire in our lives. Black Girls and women are every wonderful thing! I love you all and there's absolutely nothing you can do about it.

The Signs, The Symptoms, The Sinking Ship

The Signs, The Symptoms, The Sinking Ship My aunt had recently commemorated her fiftieth birthday by getting a tattoo, something contrary to her prudish and inhibited nature. It was to symbolize her belated rebellion against what was deemed normal and…
This Post Has One Comment