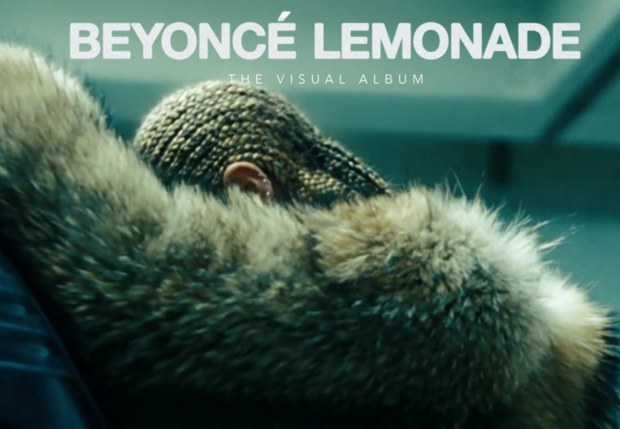 Beyoncé Giselle Knowles-Carter is not playing with y’all simple handkerchief head, panty-waste asses no fuckin’ mo’! She just put all our business in the streets with “ Lemonade.” And, by “our,” I mean every(black)body!  She told all y’all that held her up as the next feminist sheroe to, “fuck yo’ feminism and all its exclusions of the terrorism of black bodies.”  She ain’t here for that shit and she ain’t gotta pretend no fuckin’ mo’.  Checks been cashed. She rich bitch! She ain’t nobody’s pick-a-ninny, mammy, or negro wench. She ain’t window dressing or keeping calm for not none of y’all.

Now, if you watched that whole montage of black beauty, brilliance, and womanhood and still think it’s just about Jay Z’s alleged cheatin’ ass, you missed the whole fuckin’ point. Bey ain’t told nobody nothin’ about her business in ever. Oprah couldn’t even crack her ass. You really think she just put her journal to a beat ‘cause y’all bffs in your head? Ya’ll so busy tryin’ to put a name to where Jay been dippin’ his paintbrush, that you can’t see the whole picture. That was the minor plot. These simple surface basic bitches ‘round here thinking they done found a roaming husband support group in Bey. I can’t even deal! So, I’mma have to let somebody with a little bit more patience break it all the way down til’ it can’t be broke no fuckin’ mo’.

Queen Bey reveals the power women are known to have to be spiritually connected with those they love.  We tend to know when our mates mess up, step out, transform from the lover who only seeks us as a source of affection to an infidel.  We feel the haunts of strangers in our corridors and bedrooms. We pray to catch you uttering a name other than ours in the clandestine corners of our shared spaces. We pray you see us see you so our inner visions can be confirmed; to know we are not “crazy” or “insecure” without just cause. There are conditions that lead to subsequent emotions and actions.

We know. Even when we silence the internal discourse that reveals it and suppress the evidence you leave trailing behind, your dishonesty is palpable. We often deny it, even to ourselves, for we want so much to believe in something; in you. Girls, Black Girls, don’t get too many fairy tales. When our happy endings are thwarted, we become each others confidants standing in solidarity without sharing a single word because we hold true to the declaration that “what happens in this family, stays in this family.”  That mandate, the root of our cyclical heartaches and familial destruction. But, sisterhood is our solace. The images of the women standing in Formation, in silence, spanning generations is testament to our ability to withstand with each other in perpetuity.

Many of us have seen the transgressions of the men we love time and again; first as an infantile witness, now as an object of the indiscretion. There is a lineage of malfeasances that some men {and women} uphold. It is unspoken, but understood by everyone for generations. It is seen in the familiar eyes of outside children with no last names. Proof is revealed in the glances of whispering women in back pews of the sanctuary. It is the look of pity and shame bestowed upon the children and spouses of the adulterer. It is the critical, shifting moment of womanhood when a daughter juxtaposes the perfection of her father with his failures as a husband. Oh, we know. Yet, we still try to make a home with you.

This is often why wives are persecuted when husbands are unfaithful. “She had to have known,” they say. “She must not please him,” they relent. “How could she be so ‘great’ if she can’t even keep a happy home,” they scoff. Women are lashed on both sides of the “stand by your man” debate and criticized for being the “other woman” even if they believed themselves to be the only woman. Rarely is the man offered a scarlet letter with which to adorn himself.

Contrarily, men are demeaned intellectually rather than in deed. They are denigrated in the belief that their actions are beyond their control. “They can’t help themselves.” The implication is that men are so feeble in mind and tawdry in character that they would all roam from one willing woman to the next save the controlling claw of their “ball and chain.” Both suppositions derogate the roles and expectations of husbands and wives. So, as women, we usually play the role of being taken by surprise when these misdeeds come to surface.

But, here in this first chapter of the visual album “Lemonade,” Beyoncé owns our power of “Intuition.”

Until the conversation about each of the phases is complete, you’ll hear the voices of various contributors who will dissect the recently released, updated Black Woman Manifesto: “Lemonade.” This post is specifically about “Intuition.” Some of the contributors have chosen to use a pseudonym. Others have chosen to submit inspired works of fiction. If any name used reflects that of someone in reality, it is only by coincidence. Read all other posts at www.blackgirlspeaks.me .

Did that get your attention?  Last year, I read this New York Times opinion article entitled,…

“Black Is King,” A Gift From the Queen