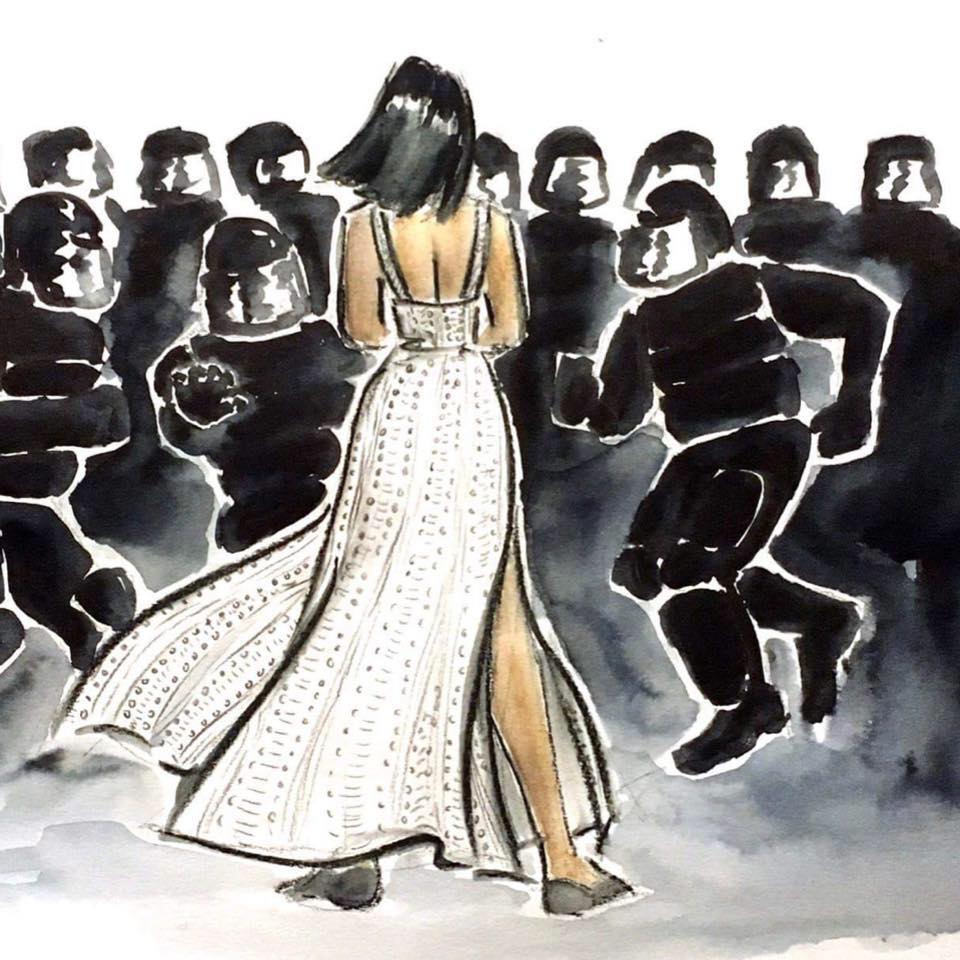 Let me tell y’all what happened today with my new buddy “Jay.” I had to drive an hour-and-a-half out of the city to an all-day training in Forsyth, Georgia. While there, my car battery in my 2014 SUV decided that it could no longer “can” and died in a parking lot. Parked right next to me was a Fire and Rescue SUV and inside was a middle-aged White man in uniform on his cell phone.

I looked at that car and contemplated whether to ask for help or not with the friend accompanying me for about ten minutes. I was so reluctant to disturb him and uncertain (read very nervous) about his response.  In my mind, I went over normal safety procedures every black child is taught when engaging with a White person with any kind of badge, (that’s shameful in itself).

Before stepping in his view and motioning my hands to get his attention, I made certain I was completely visible and that my hands were showing. I thought about Jonathan Ferrell in the moment he caught my eye and stood frozen for a split second.

A flood of faces surged through my mind. I saw Ezell Ford, Tamir Rice, Rekia Boyd, Sandra Bland….Sandra Bland. I saw the woman that most resembled me in appearance

and action and I almost lost it.  All I could imagine was my body and Spirit being torn asunder by the hasty actions of an overzealous authoritative figure and there being no penalty. There’d be no consequence, just hashtags and graphic t-shirts, because there aren’t many marches and rallies for the lives of Black Girls and women. If I was lucky, I’d be a scroll at the bottom of prime time news or get a mural somewhere in some ‘hood on MLK, Jr. Drive.  I saw all of this in that split second before he reached over, lowered his passenger window, and smiled.

As I explained the situation and asked if he’d be willing to give me a jump, I felt myself slowly backing away from his car and out of his aim.  He informed me that he couldn’t use a service vehicle for that purpose, but he still jumped out and asked me to pop the hood of my car. He checked the battery for corrosion and there was none. He confirmed that nothing had been left on or open overnight. He asked where I was from and noted that he was an “Atlanta boy” himself. He was finding commonalities in a field of contradistinction. I almost felt comfortable. Then, his Southern intonation switched from sweet to ominous.

“There’s got to be a good ole boy station around here somewhere,” he uttered assuredly.

For the record, Black people never think of anything “good” when we hear the phrase “good ole boy.”  “They’re not usually ‘good’ to me,” I retorted. He chuckled and went to seek help from someone else, a young White teenager named Lucas.  He was investing himself in my safety.  It was an unfamiliar feeling and unsettling for me. Here I was in need; a Black Girl in a parking lot full of pick-up trucks with Confederate flags in Southern Georgia, not 60 miles from where a Black man was just lynched last week, getting help from two White males from the opposite sides of the tracks in the midst of the racial rage that’s happening across the country!  It felt cinematic.

This is the reality of Black Americans. Seemingly normal exchanges in humanity can be perceived as threatening at worst, or awkwardly abnormal at best. There is a visceral tension that rises whenever we engage with police officers (or anyone with a badge), regardless of their race, but especially when they’re white. We know, as much as we chant, shout, hashtag, and believe otherwise, that Black lives do not systemically matter in America. We can only be relaxed in the confines of our own homes, and just barely. We’re not even safe in our sanctuaries, so we know the risk is greater in spaces where we do not have the dominant cultural control.  We leave our loved ones every morning with a heightened awareness of the possibility that we may never see them again. This is the mentality of a people who are under siege.

“As I get my son dressed for summer camp this morning, the worst and gut wrenching thing about it all is I can’t tell him with absolute certainty that I’ll see him again…this has always been our (African’s) reality…we were simply reminded two days in a row now… If you’ve been putting off fixing that turning signal or brake light…it can cost you your life.”- McDonald Jean

Once they successfully restarted my vehicle, I offered the two Good Samaritans money for their assistance and both refused; scoffing at the idea in true Southern gentry. They bid me a good farewell before departing, and I let out the loudest sigh of relief in their absence. It’s disturbing that I would be so surprised by their generosity and kindness, but we are moving through turbulent times once again.  Every single day last week, we suffered loss. But, there would be no addition to the litany of casualties today; at least not in that moment. (Let’s pray for the best for the next few hours.)  I made it. At the end of the day, every black person just wants to say, “I made it.”

Join us this Wednesday, July 13, 2016, on the Black Girl Speaks page as we Facebook Live Stream the Inaugural “Sandy Speaks Day” panel discussion called “How to Engage With Police and Live to Tell About It.”

The complex, layered, public life of Kobe Bryant and his still surreal and untimely death has vexed most of us. I'm still not ok. Many of us still aren't ok.

At our nearby park, there is always a nice mix of people from all over the world.  Parents, mothers or fathers, accompany their children and watch from a distance while mingling amongst themselves. Usually, everyone finds their “own kind” and…
This Post Has 4 Comments