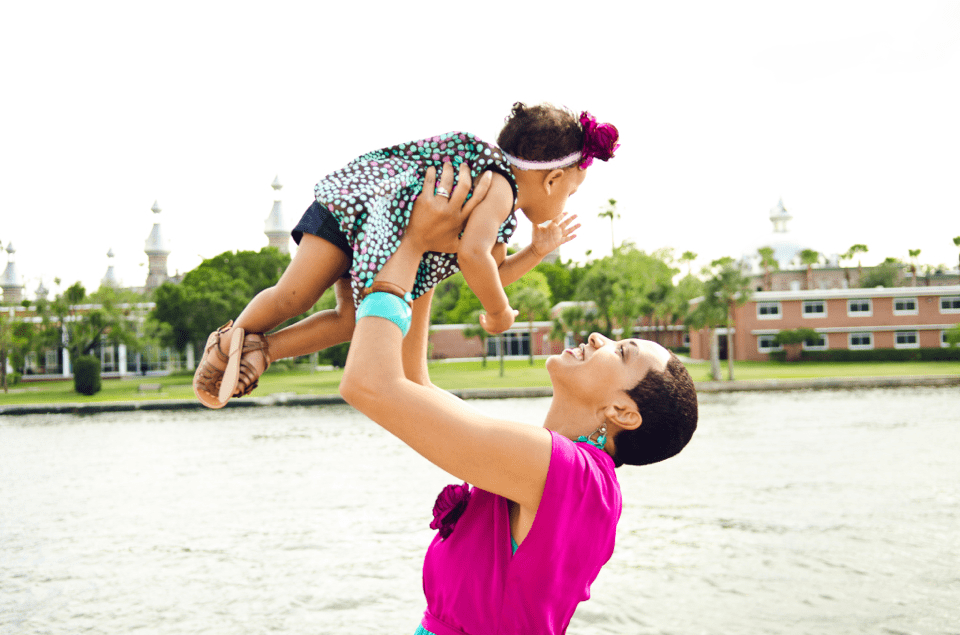 Living carefree is a luxury no longer afforded to even children.

Yesterday, I played with my one-year-old daughter after picking her up early from school, as I usually do. As we laughed, I thought about those parents in Connecticut, and everywhere that violence has struck, who will never know that playful laughter of their children again. As my eyes began to swell, my daughter turned to me and sang out “I loooooove you!” It was the first time she ever said it unprompted.

Let’s follow my daughter’s lead, and sing “I love you” melodies to all around us. Something tells me she’s more aware than most. I’ll start. I Loooooooooove YOU!

Today, I sat my six-year-old daughter down to explain the horrific tragedy that happened in our current home state yesterday.  “Seventeen people were killed by a high school student yesterday,” I explained. She listened without fully understanding the gravity of the situation I’m sure. I looked at her and saw the same baby girl I embraced so tightly after the massacre at Sandy Hook.

This is the second mass school shooting in her short lifetime, and one of hundreds of school shootings since 2013.  Less than two years ago, she didn’t even know what a gun was when asked. It’s not something we would discuss and certainly nothing we allowed her to see. Our kids don’t even have toy guns because we know the danger of even being seen with them; hard lessons we’ve learned from the loss of Tamir Rice. But today, she had to learn. She had to learn for her own safety about the importance of mental and emotional health. I had to teach her how critical it is to be “kind and brilliant,” a mantra we say daily.  She was reminded of the steps we use to release anger or negative feelings and thoughts. And, most importantly, I had to reiterate how much I’ll always love her.

How or when do you discuss such hard conversations with your children?

It's one of my favorite times of the year! February 1st marks the beginning of…

Pitcher 8- Reformation: The process of being formed but rather in an unidentified spacial connection…