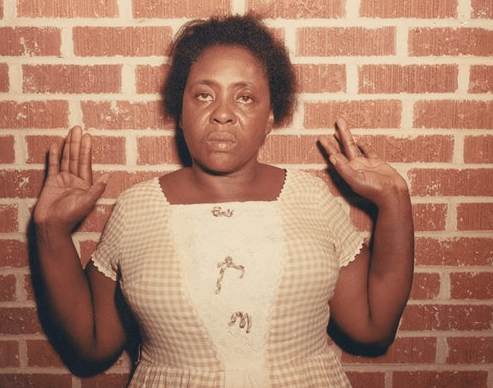 Since October, the police have come to my house no less than ten times. That’s alarming because being Black in America can be a crime with a death sentence. They were called anonymously by someone upset that I homeschool my children. (That’s an entirely different issue that needs addressing. ) Because of where we’ve chosen to live, fortunately the cops share the same cultural competence because they also share the same neighborhood as I do. The one that answers the calls the most frequently actually shares my HBCU alma mater as well.

Once, I was in the middle of cooking and I answered the door with a knife in hand. I immediately dropped it when I answered the door and the cop, a Black man I’d never seen, greeted me with a smile and said, “It’s just me. I know you’re good.” He knew me. He had never seen me before, but he knew, though I had a history of incidents, that he could handle the situation without deadly force.

Yet and still, I’m afraid to call the cops. They are my last resort if I’m ever in danger, and my interactions have been evenly positive and negative. I know, just as the cop that came to my door knew me, that it’s at best a fifty percent chance that my interactions with a police officer could end in my demise. The recent stories of the acquittal of Philando Castile’s killer and the slaying of pregnant mother of four, Charleena Lyles, are the cyclical reminders of this fact. If you are Black (or anything other than White), and you assert your right to live in America too boldly, you will die. You too could be a hashtag.

I look at my young son and daughter and wonder when it’ll change; when the compliments about their appearance and behavior

will become quickened breaths of fear and the clutching of purses and guns. I wonder when their innocence will become dangerous and their flesh will be viewed as a weapon. I know the day is coming as certain as the sun rises. And, I also know there’s very little I can do to protect them from it, but I must do everything in my power to prepare them for it. This is the reality of Black parenthood.

Fortunately, right now, I’m in a bubble: a community policed by people connected to the community. This is the ideal, but I’m still afraid. There are quite a few scaredy cops out there who justify killing out of fear. They are ill – equipped to protect and serve. You can’t protect who you fear. You don’t fear who you love. You don’t love the unknown. You hate it. If you don’t know us, live among us, and love us, it is from you that we need the protection.

I honestly shutter when I see a White cop in my predominantly Black neighborhood for the same reason many of them reach for their guns first and lie later when they see a Black face: I’m afraid. Katheryn Russell-Brown addresses this in her analysis, “The Color of Crime: Racial Hoaxes, White Fear, Black Protectionism, Police Harassment, and Other Macroaggressions.”   The difference is, I don’t get paid, justified, and lauded for killing them. I don’t gain empathy or a right to self-defense for my fear. The fatal actions of my fear are not government sanctioned.  The, “I’m afraid of Black people” defense works every time, but not the reverse. This is America.

The story of Charleena Lyles is so infuriating because it’s all too common. It is a reminder that we are not safe in any corner of this country. There are very few safe spaces for Black people in America, and even fewer for Black women in particular. It’s not our homes, our churches, our neighborhoods, our parks, our schools.  Any and every place can be occupied by the fear of Blackness and result in our deaths.

from Baltimore Sun’s The Darkroom

I remember the conversations about Korryn Gaines last year. There was discourse about whether her actions warranted her death. There was also discussion about whether she had an undiagnosed mental illness that led her to a standoff with police that ended with her being shot and killed in front of her son. She was posthumously criminalized as is the formula. (Let’s not even mention the fact that there have been several documented standoffs with White assailants that resulted in their peaceful arrests.) Charleena Lyles sought help for her mental anguish. She sought help from police. She tried to defend herself and her children in her own space. She’s still dead. Charleena Lyles didn’t gain empathy because she was a pregnant mother in the presence of her children or because she was the one actually in need of help. She didn’t get a long standoff and consequent arrest because of her documented struggles with mental instability. She got a fatal bullet. That’s where calling the cops for a Black person in America can lead. It’s not a flaw in the system. It is the design.