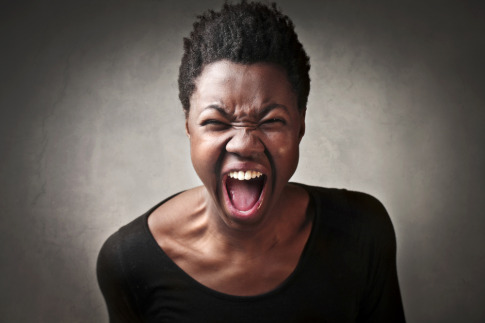 I was nineteen and in love. When you’re nineteen, it’s so easy to fall in love. The right mix of insecurity hidden by fake smiles and cute clothes can attract every mischievous male in heat and deter every male with noble intentions.  You also magnify the importance of the most trivial circumstances which leads them to become more grave if you’re not very careful. I was not very careful.

He told me I was his first love and would play Trick Daddy, Tupac, Deborah Cox, and Kelly Price as soundtracks to our relationship. The mix described us. We were “Martin and Gina,” he said.  I was this good girl from the right side of the tracks, mild in nature, generous in spirit. He labeled himself a T.H.U.G., a true Tupac enthusiast. (Though, there are no true “thugs” in college.)

He was one of two sophomores I knew with his own apartment, and my dorm never saw me. I was keeping house, and all the other girls in my dorm were jealous. You should’ve seen the eye-rolling and teeth-sucking that escorted me from my room to the open door of the pearl Impala with red leather interior as I carried my overnight bag. He gave me freedom and amusement and I gave him my whole self.  I resolved my commitment to virginity until marriage with the belief that I really would marry him. (Oh, the foolishness of a young heart.)  How fortunate was I to find my true love my freshman year in college. While friends were mourning break-ups every other week, we were celebrating each month-a-versary with dinner at Red Lobster, roses, Boone’s Farm, and love-making to R. Kelly albums.

Oshuuuuuuuuuuuuuuun!!!! The African spirit and goddess of water, sensuality, sexuality, and love. I was she and he, my Shango.  I just didn’t know I was really sharing. In one of my visits to my dorm, I received a large manila envelope under my door. Inside was a white sheet covered in letters cut from different magazines. Yeah, real “crazy, stalker, fatal attraction, ransom note” type of thing. The montage of letters formed the message, “Your boyfriend is cheating on you. There’s a picture of another girl in the frame behind yours.” How crazy is that??!!! One of those jealous, homely chicks couldn’t find anything better to do than make some arts and crafts?! I couldn’t believe it. I laughed at the thought. We joked about it over the phone before making plans to meet again that night.

We roasted whoever could’ve been responsible and went through the lists in our minds of the possibilities with hilarity. I sat on his bed slapping my thighs with laughter as he called friends of his to share the comedic tale. “Get up,” a voice said within me. He was still laughing with beguilement in the background. “Check the frame,” it summoned. I walked hysterically over to the 8×10 silver framed picture of myself that I’d gifted to him months prior as he entered the bathroom adjoining the room. I stared at myself. I was so beautiful. I mean, I finally see myself as beautiful again, but when you’re young and fine, it’s without question. I was wearing a beautiful, flowing, black gown. It was a picture from one of our school’s formals that he’d refused to attend because “thug life” and all that.

I turned the picture over and slid the velvet stand from the track of the frame. I removed the cardboard sheet that held the picture firm, then the thin laminated sheet of the white couple smiling and embracing that came with the frame’s purchase. But, there was a smaller outline of another stiff sheet on top of my picture. I turned it over to view just as he was exiting the bathroom and horror seized his face. Hysterical turned to hysteria.

I only remember the next few moments in flashes. The frame dropped and cracked. Shattered glass stabbed my bare feet and slashed through bed sheets and pillows. The cotton from the pillow stuffing floated through the air. There was fire in a trash can as I watched the face of the other woman shrivel into charred bits. The boom of the T.V. that played “Martin” episodes as it hit the wall, then the floor, caused his neighbors downstairs to hit their roof with a broom; the same way they did when they heard his headboard knocking against the wall. I wondered how many times they were disturbed by someone other than me.

Clothes were snatched from dresser drawers and strewn all over the room as I looked for remnants of her in the apparel  housed in the same spaces as mine. He kept a spare steering wheel lock behind his door for his precious Impala in case someone managed to steal the one he always secured on the wheel; which is completely senseless!!  The Club became my “Hot Sauce.”

While he scurried to salvage the order of what used to be our sacred quarters, I ran to the parking lot with thoughts of times I caught him whispering on the phone and he dismissed me. I smashed the driver’s window. There were so many times he wouldn’t attend public functions on campus, and I never forced or questioned it. I dented each spinning rim and stabbed tires with glass shards from the broken frame. I remembered the moment I told him I was pregnant. His first response was, “don’t worry. I’ll pay for the whole thing.” But, I was the only one still paying for the life and soul of my child being extracted from my body; still haunted by the unweaving of our spirits by the force of loud machines. Still waking in cold sweats from nightmares of my unseen child’s cries. Still thinking death would be easier than the agony of knowing I took the life of my own child, alone, all alone. Still shaken from being told I’ll never be able to carry a child full term again.

I mounted the hood of his car and surged every ounce of strength and rage into the crashing of his windshield as he frantically ran outside and tried to seize me. There was an audience now. Onlookers that were unnoticeable before were piercing me with their eyes. I was suddenly aware of what I had done, but felt no shame or remorse; not in that moment. I dropped the object of my release at his feet, calmly gathered my things and walked to the nearest bus stop in unwonted calm. I had released all I needed to move forward in a new direction.

Until the conversation about each of the phases is complete, you’ll hear the voices of various contributors who will dissect the recently released, updated Black Woman Manifesto: “Lemonade.” This post is specifically about “Anger.” Some of the contributors have chosen to use a pseudonym. Others have chosen to submit inspired works of fiction. If any name used reflects that of someone in reality, it is only by coincidence. Read all other posts at www.blackgirlspeaks.me .

Pitcher 8- Reformation: The process of being formed but rather in an unidentified spacial connection…

We Hate Black Women: Understanding the Vitriol Attacks When Black Women Err According to Black Respectability Politics and Norms

Being Black: The Death Sentence in America

Since October, the police have come to my house no less than ten times. That's…